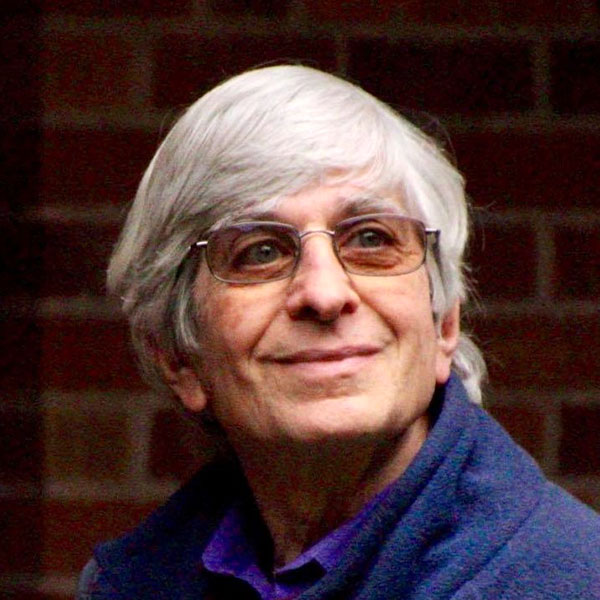 David Ostwald began studying violin at the age of seven and began acting minor roles in small San Francisco Bay Area theaters a few years later. At fourteen the artistic director of one of those companies took him under his wing as an apprentice. By sixteen, David knew he had found his niche. A year later he began his directing career with an operetta based on the “Prince and the Pauper” for the San Francisco Boys Chorus of which he is an alumnus.

Believing that directors need to know something about most everything, he chose to go to Reed College where he could explore widely. He directed seven plays and a short film while earning a BA in literature. For professional training he enrolled in the theater program at Carnegie‑Mellon University from which he received an MFA in directing and a PhD in theater. While at CMU, his love for music began to find its expression in opera directing It was there that he began teaching acting to singers.

David was hired as a director by Western Opera Theater, the traveling arm of the San Francisco Opera, directly after graduate school. During his five year tenure there he directed THE THREE PENNY OPERA, THE MARRIAGE OF FIGARO and Krenek’s WHAT PRICE CONFIDENCE, as well as LA FINTA GIARDINIERA and THE ITALIAN GIRL IN ALGIERS for the San Francisco Opera’s Merola Program, MADAMA BUTTERFLY and THE TAMING OF THE SHREW for the Kansas City Lyric Opera, and Handel’s SEMELE for The School of Orpheus in Chartres, France.

In 1975 he received a grant from the National Opera Institute to spend six months in Germany, which gave him the opportunity to observe the directors Götz Friedrich in Hamburg and Walter Felsenstein at the Komische Oper in Berlin.

In 1977 he moved to New York to teach and direct at The Juilliard School. His productions there included THE MOTHER OF US ALL, LA CALISTO and POSTCARD FROM MOROCCO. In the next four years he also directed two operas for the Chattanooga Opera, productions for Artpark, Eastern Opera Theater, The Philadelphia Opera, Los Angeles Opera Theater, DER FLIEGENDE HOLLÄNDER for the Atlantic Lyric Opera, and DIE DREIGROSCHENOPER in Brussels.

In the early eighties he was invited back to the San Francisco Bay Area to teach and direct in the Drama Department at the University of California, Berkeley. During the next few years he directed two plays for the Drama Dept. at University of Southern California, two for the Berkeley Stage Company, two premieres for the Magic Theater, John Guare’s BOSOMS AND NEGLECT for the South Coast Repertory Theater and TWO GENTLEMEN OF VERONA for the Oregon Shakespeare Festival. In 1982 he was invited to Die Theater am Turm in Hamburg, Germany to direct the world premiere of Robert Moran’s WAGNER: SCENES FROM THE FUTURE.

In 1983 he became head of the Opera Program at the State University of New York at Purchase, where he continued to explore the most effective way to teach acting to singers, as well as directing all of the Department’s opera productions. These included THE MAGIC FLUTE, Scarlatti’s ERACLEA and Haydn’s THE WORLD ON THE MOON. During the summers of 1984, ‘88 and ‘92, he taught in the Opera Program at the Aspen Music Festival. In the mid nineties he was a juror for the Fulbright grants for singers.

Since 1993, he has spent his summers teaching and directing for the Bay Area Opera Training Institute (BASOTI). After he left Purchase in 1999, he wrote Acting For Singers, which was published by Oxford University Press in 2005. Currently he is directing for companies such as West Bay Opera and the San Francisco Lyric Opera and offering workshops and residencies on how to create believable singing characters. Among the productions from recent years are TALES OF HOFFMAN, UN BALLO IN MASCHERA, IDOMENEO, L’INCORONAZIONE DI POPPEA, and Hartmann’s SIMPLICIUS SIMPLICISSIMUS.

David serves on the Boards of the Lerman Charitable Trust, the Bay Area Opera Theater Institute, and the Xoregos Performing Company.